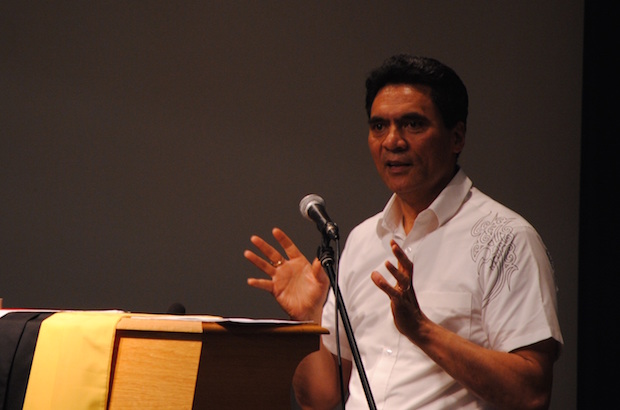 Last summer, Canon Robert Kereopa was invited to give a keynote at the 8th National Anglican Sacred Circle in Port Elgin, Ont., where he spoke about the Aotearoan church’s experience of self-government.

What made it possible for your church to achieve self-determination?

The church caught on to a movement in the country…to honour a treaty between the government and the Maori peoples—the Treaty of Waitangi. The church had a major part to play in establishing that treaty. The early missionaries translated it, and were brokers for discussions between the Maori chiefs and the government. The treaty was the foundation of the nation.

The church went through a long period, starting in the late ’70s, of establishing a commission to look at bi-cultural arrangements in the church. [There was] a recommendation to move toward bi-cultural development; it allowed for parallel growth and partnership.

Eventually the Tikanga Pakeha—the dominant [non-Indigenous] partner—decided to vote for it. Before we had the partnership change, there was only one group making all the decisions.

Was there a lot of resistance that had to be overcome?

There would have been those who would disagree with the separation— that would be part of our constituency. We’d still have that today. We have people who say it would be far better to have one way of doing things.

When some of my Pakeha brothers or sisters say it would be better if we had it one way, I say to them, “So you think you’d be very happy worshipping in the Maori language?” and they say “Oh, it didn’t occur to me that we’d do it that way…”

It becomes a bit of a challenge, to see that actually we’re a united church of difference.

Was there a significant change in the way that governance happened?

Tikanga Maori have responsibility for their own church assets. Tikanga Maori had to start establishing new structures to oversee their administrations.

It also meant that the Maori would ordain the people they felt were most appropriate. In the past, if you had a theological degree, you were the best person for the role, but in Tikanga Maori society, you need to be part of the people, with the people, to know the language and the culture.

Do you think it’s possible for a similar thing to happen in Canada?

I don’t know if it’s possible, but I think it’s necessary.

My sense, though, is that the dominant colonial church is self-absorbed—and that’s understandable—and probably doesn’t know how to relate to its Indigenous partner and may not even want to, because of their own theological understanding.

But it is necessary because the Indigenous peoples have been marginalized in this country, and have been marginalized in the church as well. Now is a huge opportunity for the church to say, “Let’s practice what we preach about bringing good news to the poor. Let’s talk about how we can empower our Indigenous peoples for their ministry, and maybe one of the best ways we can empower them is to get out of the way.”