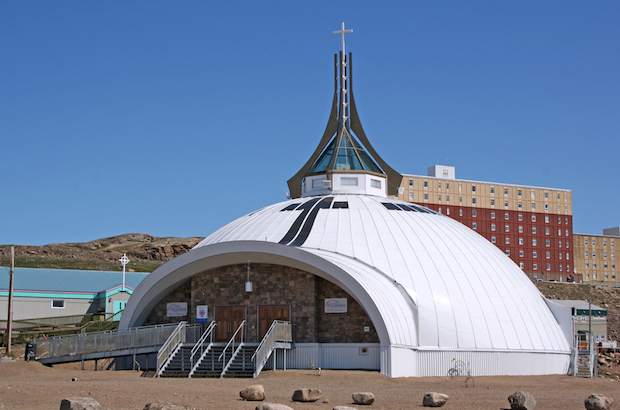 Igloo-shaped St. Jude’s Cathedral was destroyed by arson in 2005 and rebuilt in 2012. Photo: Cwk36/Wikimedia Commons

Twelve years after St. Jude’s Cathedral—the iconic house of worship in Iqaluit, Nunavut—was destroyed by arson, the diocese of the Arctic announced it has finally paid off the debt accrued in rebuilding it.“We’re pretty excited about that,” said Suffragan Bishop Darren McCartney, who oversees the eastern regions of the diocese of the Arctic. “[It is] a big weight off our shoulders.”

The announcement comes after more than a decade of fundraising during which the fate of the new cathedral, which was completed in 2012 at a cost of just over $10 million, was sometimes in question.

The new St. Jude’s Cathedral was built by Dowland Contracting Ltd., with whom the diocese entered into an informal arrangement to pay back the money as funds were raised.

However, a year after the cathedral’s consecration in 2012, Dowland was put into receivership and it later filed for bankruptcy protection.

The receiver, Alvaraz and Marsal Canada, Inc., asked for immediate repayment of the outstanding debt (around $3 million), in addition to $30,000 per month in interest.

“We were facing the pressure of having to pay that right away, or lose the cathedral,” McCartney recalled.

Fortunately, the Nunavut Construction Corporation (part of the Inuit-owned Qikiqtaaluk Corporation), which had been involved in an earlier stage of construction, offered to cover the costs through a loan the diocese could repay on a more sustainable schedule.

In the years that followed, the diocese continued its fundraising activities, receiving support from parishes and individuals across Canada and overseas.

“We paid it off pretty aggressively,” said McCartney. “We channelled…a lot of the resources we had into getting this paid off.”

McCartney noted that the cathedral is more than just a house of worship; it also serves as a community hub both for those living in Iqaluit and across the region.

“The cathedral is for everyone,” he said.

As of 2016, the new facility also houses the Arthur Turner Training School (ASST), which had been based in Pangnirtung until its buildings deteriorated, causing it to suspend operations in 2007.

McCartney expressed his gratitude to people who contributed and launched fundraising campaigns to retire St. Jude’s debt, including groups like the Anglican Church Women.

Now that the debt is paid, McCartney said the diocese will be able to focus on hiring more priests to serve communities—where nearly 40 (out of a total of 51) are without ordained clergy.

“The church is the people, and we want to be able to further the work in the other parts of the Arctic and support what people are already doing [in their communities],” he said. 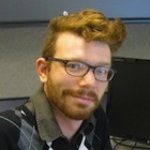 André Forget joined the Anglican Journal in 2014 as staff writer and social media lead. He also serves as managing editor of Whether Magazine, and his writing has appeared in The Dalhousie Review, The Winnipeg Review, and the Town Crier.