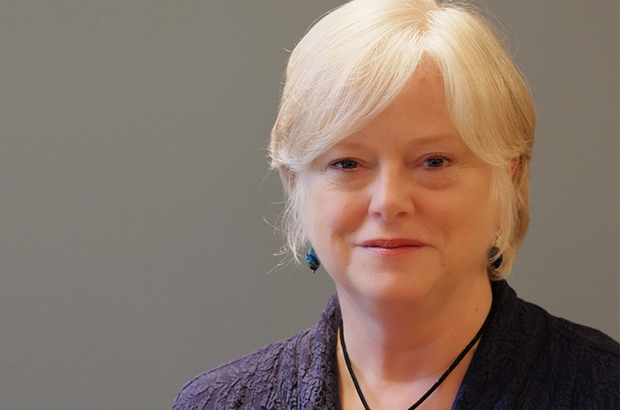 Adele Finney, who has served as executive director of The Primate’s World Relief and Development Fund since 2010, will be retiring in May. Photo: Jesse Dymond

After serving at its helm for over six years, the executive director of The Primate’s World Relief and Development Fund (PWRDF) will be retiring next spring, Primate Fred Hiltz announced this week.

“It is with sadness and hope that I am announcing today that PWRDF’s executive director, Adele Finney, will be retiring as of May 31, 2016,” Hiltz said in a prepared statement. “Sadness because we will be losing the wisdom, talent and knowledge that Adele has brought to her position in her six years as executive director. Hope because of the future her leadership has brought us to.”

Finney was first asked by Hiltz to serve as interim executive director of PWRDF in March 2010, before assuming the role permanently in January 2011.

PWRDF has grown significantly under Finney’s leadership, Hiltz said, entering into major agreements with the federal government for maternal, newborn and child health work and seeing its budget expand significantly.

“PWRDF is not the organization it was when I came, and we’re standing breathlessly at the edge of going forward with greater confidence about the program we have achieved and the opportunity to integrate it at every level—internationally and in Canada,” Finney told a PWRDF gathering last week.

Born in Michigan, Finney came to Canada with her husband in 1974. She worked in the field of city planning in Princeton, N.J., and in Toronto, then did international ministry work with the Anglican Church of Canada’s partners in world mission committee. She served on PWRDF committees starting in 1997.

Among the things that have shaped her life, she told the Anglican Journal, are the words her grandmother whispered into her ear at age 10: “Remember this, Adele: Christ in you, the hope of glory,” from Colossians 1:27.

Finney has done work in theatre, writing a play called You Don’t Know the Half of It, and her avocation, she says, has always been people’s drama and education. Much of her inspiration, she says, is from the “Theatre of the Oppressed” theatrical forms developed by Brazilian director Augusto Boal.

“I am drawn to this type of work because of its edges and dynamics,” Finney said. “My personal and corporate ministry, where I come home to myself, is in those spaces—I understand it as ‘edge habitat’—where people are needing space and time to tell their story, often for the first time, and are on the road to transformation.”

Finney’s plans immediately post-retirement include rest and “a retreat to figure out what’s next.” She intends to move to British Columbia to be closer to her two daughters and their families, she says.

She’s also not ruling out writing another play.