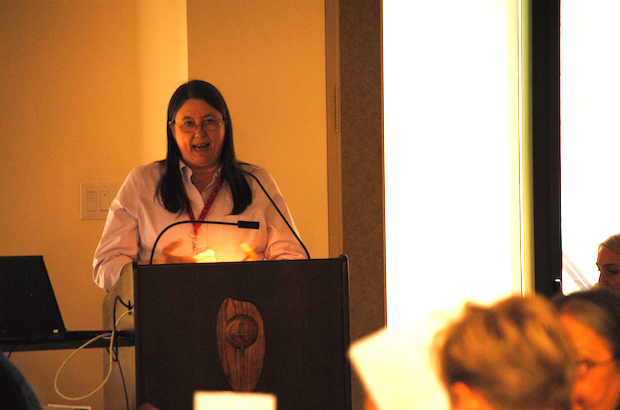 Mississauga, Ont.
A request by the diocese of Rupert’s Land to no longer have a print version of the Anglican Journal distributed in the diocese has led to the raising of questions about whether the newspaper should be produced in print form at all and whether it should continue to be free to determine its own content, Council of General Synod (CoGS) heard Saturday, June 24.

The diocese’s decision, Egan said, was based partly on its desire to focus its resources on online communications and partly on its environmental concerns.

In fall 2016, Rupert’s Land Bishop Donald Phillips let national office staff know that the diocese had decided it no longer wanted the print version of the Anglican Journal distributed in the diocese.

The diocese’s decision raised many questions, Egan said, because of the complex interrelationship between the finances of print distribution and the structure and strategy of the Anglican Journal within the national office’s communications department.

For example, she said, it raises the question of whether the Journal ought to continue to be published in print form at all.
“If you know anything about print media, this is not exactly a huge surprise,” said Egan. “The print media is undergoing revision and change all the time, it has been for quite awhile. There’s a shift in the world. We in the church are thinking about this…and it’s time to respond.”

On the one hand, focusing resources on delivering news online could increase the “back-and-forth” engagement between the Journal and its readers, and the cost savings of going online-only might seem obvious at first, said Egan.

However, she added, it’s possible that an online news source might not deliver the same experience as a print version of the paper, and ceasing to print the Anglican Journal might not even bring any financial benefits.

“Even if you reduce the cost of printing and distribution, you may actually come out even because you’ve lost some revenue sources,” she said.

According to a report,  produced by the joint working group from the Anglican Journal and Communications and Information Resources  co-ordinating committees,  it cost just under $2 million to produce the Journal in 2016. Of this, $976,735 were expenses related to printing and distributing it by mail (including $803,830 for postage).

However, a Heritage Canada grant of $409,866 is tied to the Journal’s print distribution, and the amount of funds raised through the Anglican Journal Appeal (roughly half a million dollars annually) also seems to depend to some extent on parishioners’ receiving a print version of the Journal, Egan said. (The Journal’s total revenue of $1.277 million also includes advertising and diocesan contributions for shared print distribution costs. It also receives an annual grant of about $500,000 from General Synod.)

The working group’s report also wants to look into the traditional arrangement whereby the Anglican Journal is editorially independent—determining its own content without external direction—and has its own dedicated staff even though it is a part of the national office’s communications and information resources department.

“Strong arguments can and have been made over the years for the continued editorial and structural independence of the Journal,” the working group’s report states. “Questions have also been asked about whether this independence is perceived, effective, and valued by readers, and where it sits in the current priorities of General Synod.”

Part of the working group’s mandate, Egan said, is to undertake a process of research and consultation with Anglican Church of Canada members on how they would like the Journal distributed, including a research survey.

The working group will then use the results of this process to come up with a plan for how the Journal should fit into the church’s future communications strategy, Egan said.

In a question-and-answer session after Egan’s presentation, the issue of the Journal’s editorial independence prompted, instead of a question, a strong statement from one CoGS member. Jason Antonio, from the ecclesiastical province of Rupert’s Land, who also introduced himself as managing editor of the diocesan newspaper The Saskatchewan Anglican, condemned what he termed the report’s “attack” on the Anglican Journal’s editorial independence.

“It’s a leap in logic for me to think that because Rupert’s Land News shut down we have to question the editorial independence of the newspaper,” he said. “The Anglican Church of Canada does not need another mouthpiece…To attack the Anglican Journal, then, and take it over is an authoritarian move. We might as well just rename it Pravda,” said Antonio, alluding to the former news organ of the Soviet Union’s communist party. The journalistic quality of the Journal would suffer from one-sidedness if it lost its editorial independence, he said.

In response, Egan objected to Antonio’s description of the report’s raising of the question as an “attack” on the Journal’s editorial independence.

“We actually are intending to genuinely try to write a report that’s as open at this point as possible,” she said. “We’re not stepping up and saying, ‘It’s about time the Anglican Journal stopped [being] editorially independent…To call it an attack on editorial independence is…actually wrong.”

Egan said that a move to an online-only Anglican Journal might lead readers to confuse it with the Anglican Church of Canada’s other online news source, anglican.ca/news, which is not editorially independent.

“If, for example, the print distribution model…changes and we go online…what happens is, then it becomes muddy online about who is apparently editorially independent and who isn’t,” she said.

In his remarks, Antonio also underscored the importance of print media and the Journal, noting that it gives the public “an idea that we are a collective church across the country…we’re not congregationalist.”

Lucy Young, of the province of Rupert’s Land, said she felt that stopping the distribution of the Journal in her parish, in the diocese of the Arctic, would be a good way to save money. Many people she knows are content to receive the diocesan newsletter, she said.

Egan said her response hinted at the diverse news needs of Anglican Church of Canada members.

“This a wide and diverse church, and this is exactly the kind of detail that we’re going to try to gather.”

The working group, Egan said, wants to continue to keep the church informed on its progress, and will “definitely” be providing more updates in upcoming meetings of CoGS. 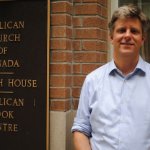 Tali Folkins has worked as a staff reporter for the Law Times and the New Brunswick Telegraph-Journal.  His writing has appeared in The Globe and Mail and The United Church Observer.