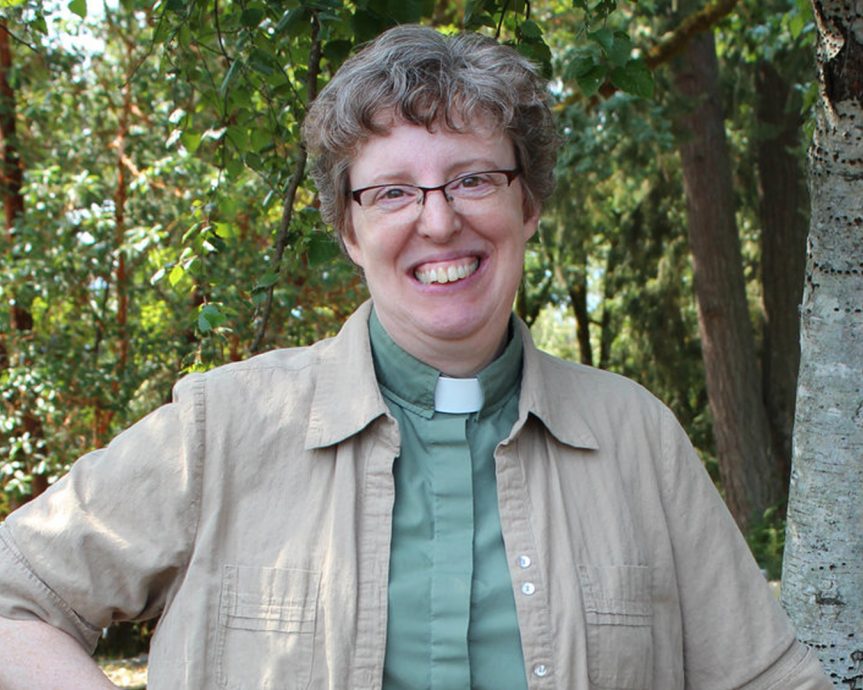 The Vancouver School of Theology has named The Venerable (Archdeacon) Clara Plamondon as the 2020 recipient of the T.E.G. Award, established last year by VST to recognize leading practitioners in Christian ministry.

Clara is a VST graduate, class of 2013, who has excelled in both congregational, regional and national leadership. Along with her role as archdeacon of Cowichan/Malaspina, Clara serves as Incumbent of the parish of St. Paul Anglican Church in Nanaimo. She is also on the Executive Committee of the Ecclesiastical Province of BC & Yukon and until recently served on the Council of General Synod of the Anglican Church in Canada. She is a member of Diocesan Council and sits on various committees including the Diocesan Ministry Discernment Committee and Vision Grant Fund Committee.

Clara’s leadership was recognized and supported by the Diocese of Islands and Inlets (Diocese of BC) when Bishop Logan McMenamie appointed her as archdeacon of the Cowichan/ Malaspina region in August 2018.

Clara was ordained in the Diocese of British Columbia in 2013, serving first as deacon-in-charge and shortly after, as incumbent. Since her ordination, she has served as the representative of our diocese at Provincial Synod and is a member of the Council of General Synod. She also currently serves as a regional archdeacon and is a mentoring chaplain on the diocesan ministry discernment team.