As the November meeting of Council of General Synod (CoGS)approached, it was clear that the same-sex marriage debate and the Indigenous Anglican community would be the two biggest agenda items.

After all, they’ve been the Anglican Church of Canada’s twin obsessions for many years now, and debate on both is expected to come to a head at General Synod this July. That’s when Canadian Anglicans will vote for the required second time on a resolution to allow same-sex marriages; it’s also expected they’ll vote on a proposed amendment formally establishing an Indigenous Anglican church within the Anglican Church of Canada.

What was harder to foresee was that the show at CoGS would be stolen by a talk that blended these issues—and may announce a breakthrough in easing tensions across the church.

In a November 24 session headlined as dealing with the relation of the marriage canon to the United Nations Declaration on the Rights of Indigenous Peoples (UNDRIP), National Indigenous Anglican Bishop Mark MacDonald delved into what he saw as the reasons both for the opposition of many of the church’s Indigenous members to same-sex marriage, and the inability of many of their non-Indigenous counterparts in the church to understand this.

The talk, delivered in MacDonald’s typical extemporaneous style—with hardly a glance at notes though it spanned almost an hour—opened with a disarming admission of personal vulnerability, and a plea for understanding.

“I can predict, based on my experience, that some people will get angry based on what I have to say,” he said. However, he added, “I think that if you understood what I am going to say, you would not be angry.”

MacDonald also said he expected to receive “hate mail” after the talk, and be branded both a liberal and a homophobe by people on opposite sides of the debate.

Indigenous understanding of marriage, he said, is more complicated and sophisticated than most Canadians realize. Unlike wider society, which sees marriage as essentially involving two people, Indigenous people traditionally see it as a communal rite reflecting a shared understanding of creation. 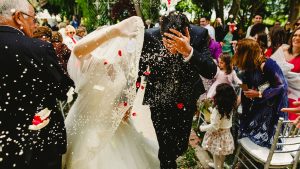 “The emphasis in this is on the ceremony, not the couple,” MacDonald said. “It is a ceremony in the community, in which some of the most important ideas about the universe are portrayed. The male and female represent different principles. That’s why in that understanding of the ceremony, the two being different is so essential.”

Moreover, because the Anglican church looms large in many Indigenous communities—almost like a “state church”—a decision on same-sex marriage is likely to affect these communities more deeply than it will many non-Indigenous ones. Given the intensity of poverty and despair in some communities, he said, decisions on contentious topics could end up cutting deeply and having extremely serious consequences.

“When you introduce a contentious, difficult subject, it is painful, and it means that some people may die,” he said.

Despite some perceptions to the contrary, he said, not all Indigenous Canadian Anglicans are opposed to the resolution to change the marriage canon—in fact, he said, he knew of at least two Indigenous bishops who said publicly they’d support the resolution. MacDonald also said he wanted to make clear that traditional Indigenous traditions are not hostile to homosexuality.

But the UN declaration, he said, makes it clear that Indigenous people have a right “to decide and shape their own culture and ceremonies based on their history, culture and ideas.”

Most significantly, MacDonald suggested the church’s Indigenous members might be satisfied with a same-sex marriage resolution as long as a way could be found to set them apart from it.

“We aren’t demanding a veto,” MacDonald said. “What we’re claiming here is the right to decide in an Indigenous way, and to work these things through on our own, and we are asking, I think, to be somehow bracketed in this discussion.”

His talk spurred four members of CoGS to immediately stand up to express their thanks.

“I’m deeply glad that I’m here and that I heard that, and I wish I’d heard that in 2016,” said Canon David Harrison, rector of the Church of St. Mary Magdalene in Toronto.

Church leaders sometimes talk about wanting to “avoid the mistakes of 2016,” a time when divisiveness over the issue was particularly high.

Some members of CoGS also said they felt the rest of the church needed to hear MacDonald’s talk. At least some on both sides followed it with interest; the Anglican Journal’s Facebook update about it was shared both by the conservative Anglican Communion Alliance and Ron Chaplin, a long-time member of General Synod and an advocate for LGBTQ Anglicans.

“I circulated it to other interested people…and I said, ‘Pay attention to this. This is really, really important,” Chaplin told the Journal in an interview.

Chaplin said many LGBTQ Anglicans have lately been feeling there’s a “real danger” the resolution will be defeated, given that—even with the inclusion of an opt-in clause—it barely squeaked through the House of Bishops—which now contains more bishops opposed to it than in 2016.

But MacDonald’s talk, Chaplin said, seems to make clear that the desire of Indigenous Canadian Anglicans is not to dictate doctrine to the rest of the church, but to be free to have “their own pastoral process, their own decision-making process, their own process of recovery and reconciliation and finding themselves.

“It’s not to be equated with the debate among us in the South, where it has been about doctrine,” he said.

The dominant theme now, Chaplin said, seems to be a desire—with the formal creation of the Indigenous church on the horizon—that neither the Indigenous Anglican community nor “southern” Anglicans torpedo the other’s agendas. “Bracketing” Indigenous Anglicans in a way that would satisfy the church’s members who are pro same-sex marriage, he said, could be a solution, and will likely be among the central concerns of the church leading up to the vote at General Synod 2019.

“We need to find an acceptable ‘out’ on this issue for the Aboriginal leadership…so they don’t see a ‘yes’ vote on the motion as somehow a threat to their plans for the Aboriginal church, that they can continue their path… without this being a stick in their spokes,” he said. “The corollary works as well. And that’s the challenge over the next few months.”